The Northumberland Players and Artistic Director, Jack Boyagian, are pleased to announce the 2015-16 Season

This year features a mix of comedic dinner theatres, classic plays at the Firehall, a delightful family musical at the Capitol, a classic Shakespeare play for families and secondary school students, a children’s show for school audiences and families, two Christmas classics as radio plays, and a premiere of a new play by one of our members. This season really has something for everyone.

The 2015-2016 season features successful veteran directors. Jack Boyagian, who recently directed It’s a Wonderful Life, will direct the classic comedy, Harvey. Val Russell and her team of Marie Anderson and Alina Adjemian, still resting after Les Misérables, are excited to start work on The Secret Garden, a wonderful classic musical for all ages. Christine Sharp who directed Agnes of God in 2014, returns to direct Les Belles Soeurs. Paula Worley who directed A Midsummer Night’s Dream last year will direct Macbeth. Jack Boyagian will direct A Charlie Brown Christmas as the annual production for schools. Heather Jopling, who directed Peter Pan, will direct a Christmas Radio Play in December to get you in the holiday mood. These talented directors guarantee that the shows will be excellent.

The season will also introduce familiar people in a new role as directors. Matt Kowalyk, a familiar face on stage in Glengarry Glen Ross and It’s a Wonderful Life, will direct the classic play, The Glass Menagerie, to open the season. Look forward to watching young directors who already have extensive experience in the theatre and in Northumberland Players.

Dave Clark, last seen as an actor in A Midsummer Night’s Dream, and as director of Drinking Alone, is also a playwright. He will direct his play, To Shut the Mouths of Lions opening in April.

Auditions for the new season will begin on May 31. Watch for audition notices on this site.

If you are interested in producing, directing, or stage managing one of the plays, contact Artistic Director Jack Boyagian at (905) 372-0577 and leave a message or at info@northumberlandplayers.ca. To get involved in the productions in other roles behind the scenes, go to Get Involved>Volunteer. 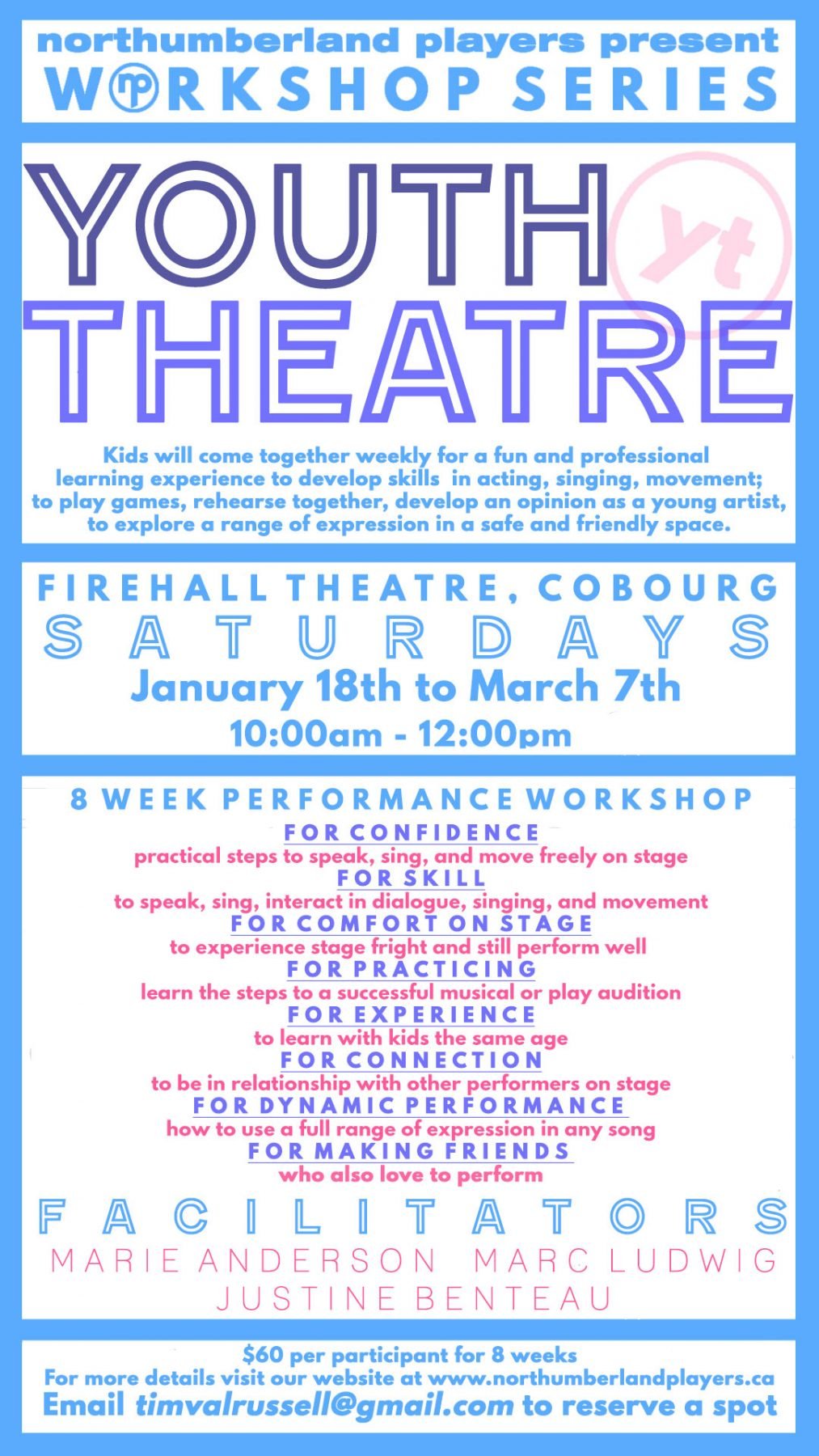